Obviously, The George Jones is not the first place to offer Hot Chicken on the menu.  With venues all around Music City – Prince’s (mentioned at length below) and Hattie B’s just to name two –  to a now national craze with top chef’s offering the delicacy in New York and L.A.- you better not put it on the menu if it’s not up to snuff.

We asked Chef Mike Ingram here at The George Jones what he did to make tourists and locals rave about his Hot Chicken Bites Appetizer   – his comments were simple, “We keep our rub very close to the origins of what folks would expect.  That combined with consistent execution and we have a winning dish every time.”

Chef Ingram also credits aiming for a fun, positive environment everyday with making a positive impact on his kitchen’s food,  “

Our great staff- with quality product being consistent with it and having fun is what it is all about!”

We couldn’t agree more!  This is Music City after all, where would we be with out a little fun!  The origin story for is nothing but fun.

Read about How A Cheating Man Gave Rise To Nashville’s Hot Chicken Craze below: 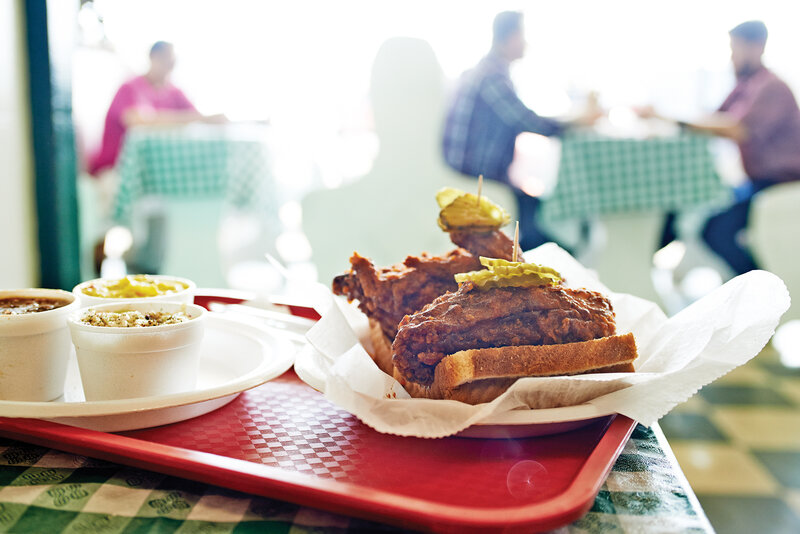 Nashville Hot Chicken is showing up everywhere lately, from fast-food marquees to trendy restaurant menus. But to find the real thing, you might start in a nondescript strip mall on the northeast side of Nashville, Tenn.

Here at Prince’s Hot Chicken Shack, people line up long before the doors open to get their fix.

“Need my hot chicken,” says construction worker Jose Rodriguez as he approaches the kitchen window to place his order. “I’m going to get two hot of the breast quarters.”

Old-fashioned wooden booths line the walls of the small dining room. When a clerk calls out your order number, you pick up your paper plate of chicken, served on a red cafeteria tray. Drinks come from a vending machine on the back wall.

The Prince family has been selling hot chicken for more than 70 years and is thought to have conceived the dish. Davis has brought me here to share a plate of Prince’s “medium” spiced bird, which he says is the equivalent of “hot” anywhere else. 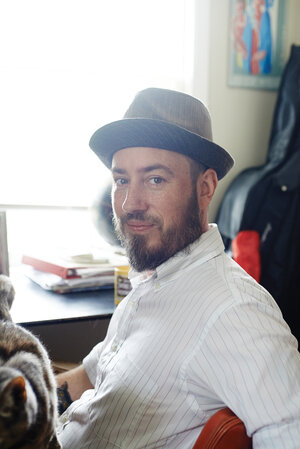 “Don’t touch anything important afterwards,” he says, tearing into a juicy chicken breast with his fingers.

“There’s no secret — there’s a ton of cayenne in here,” Davis says as he gets a little tongue-tied from the heat.

My lips are burning, my nose is running and sweat is popping out from my skull. Yet I can’t stop eating the red-hot bird.

Chicken Shack owner Andre Prince says that’s part of the appeal. “It can be a punishment and a joy at the same time,” she says.

In fact, hot chicken was originally conceived as a punishment for her great-uncle Thornton Prince, known for his womanizing back in the 1930s. (“He being so tall, handsome and good-looking,” Prince says.)

The story goes that he stepped out on his lady one Saturday night. So on Sunday morning, she doused his fried chicken with a heap of hot pepper.

“I’m sure when he bit into that — mmm! That brought him back around,” Prince says. 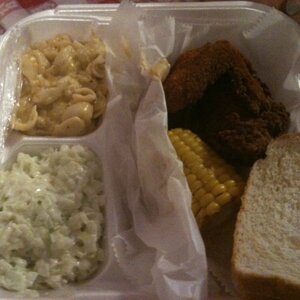 But there was a snag: “He liked his punishment, evidently,” says Prince.

He shared it with friends and word spread. It was so popular, he opened a chicken shack.

Back then it was mainly a late-night joint, and these days Prince honors that tradition, frying up hot chicken until 4 a.m. on weekends.

Her customers come from all walks of life. It’s always been that way, she says — even when segregation was the law, though it came with a twist in the black-owned restaurant: “Blacks came in the front. Whites came in the back,” Prince says, recalling when Grand Ole Opry entertainers used to come in the side door after the show.

Longtime customer Bobby Meadows remembers those days — and the old wooden booths, which are still used in the restaurant today. 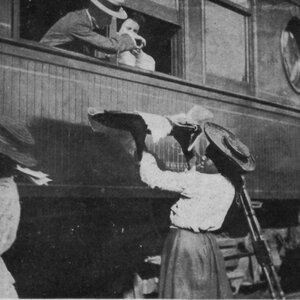 “It’s worse than dope,” he says. “It’s got a craving worse than anything. And when you get to thinking about it and your mouth gets to water, you might as well turn your truck around and go get you some, ’cause it ain’t going to get no better.”

Meadows’ truck is always steered toward Prince’s. “Everybody’s starting to copy it,” he says. “But there ain’t but one original.”

The restaurant now draws tourists from around the world looking to try Nashville’s culinary quirk.

And the popularity of hot chicken is spreading. It’s on the menu at the Tennessee chain restaurant O’Charley’s as well as KFC. Nashville Hot Chicken joints have opened in New York, Chicago, Los Angeles and even Australia. New places have taken off locally as well. 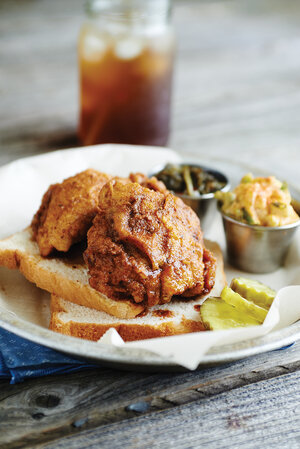 Nashville Hot Chicken joints have opened in New York, Chicago and Los Angeles, even Australia. New places have taken off locally as well.

At Hattie B’s Hot Chicken, a relatively new establishment in Nashville, the specialty comes paired with Southern sides like black-eyed-pea salad and pimiento mac and cheese.

“I think that the beauty of hot chicken is that every place has their own way of doing it,” says co-owner Nick Bishop. Bishop remembers when he first had Prince’s hot chicken as a young teen. It was a rite of passage. Now, he’s proud to be spreading the gospel with his own version.

Hattie B’s will soon open a branch in Birmingham, Ala. “It’s an odd little nugget that Nashville has to offer to the world,” Bishop says.

All this newfound interest will keep the tradition going, says Davis. “I don’t think a food survives unless someone else enjoys it enough to put their own spin on it,” he says. “A food dies unless people are exposed to it.”

Davis makes his own home-cooked version of hot chicken. While the chicken fries, he starts on the paste that will turn it hot. 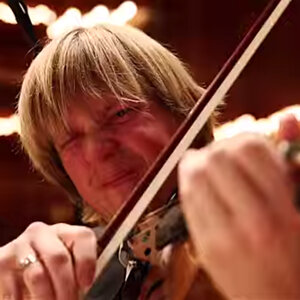 “This is bacon grease, which is sort of the cheat code to all Southern cooking, I think,” says Davis. He melts a couple of heaping tablespoons of rendered bacon fat into a small bowl, then adds his spices. “I usually don’t measure anything but this is cayenne pepper — probably three or four teaspoons,” Davis says, stirring the powdered spice into the fat.

Next he adds garlic powder, ground mustard, cumin, paprika, dill pickle juice, salt and pepper. “And to some people this is a grave offense, but add a little sugar,” he advises.

The final step: Slather on the deep-red paste as soon as the chicken comes out of the frying pan. And prepare for a mouthful of fire you just can’t resist.

Funny How Time Slips Away
Scroll to top